For years, the Barnett family lived like most Americans. Then, in 2004, they got an unexpected wake-up call that changed the way they clean their home and treat the environment.


Sloan and Roger say they began to notice their son Spencer's health problems when he was just 3 years old. At first, Sloan says her son coughed continuously. One day his heart was racing, so she rushed him to the emergency room.


"I don't think we knew whether we were going to lose him or not," Roger says. "They told us that he had a respiratory issue. They thought he might be developing asthma."


Sloan says she began researching chemicals that can irritate the lungs and found them in a startling location…inside her home. According to a physician, some household products—like bathroom cleaners, disinfectants, floor cleaners and oven cleaners—contain toxic chemicals that can trigger an asthma attack.


As soon as the Barnetts learned that cleaning products can be hazardous to their health, Sloan says they cleaned out their cabinets and made their home a place where everyone could breathe easier. 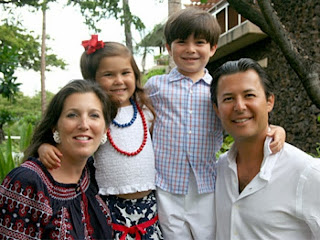 Posted by nurul at June 15, 2014
Email ThisBlogThis!Share to TwitterShare to FacebookShare to Pinterest
Labels: Sejarah Shaklee